Focused on long-term value over short-term profit and exit

Founded in 1985, The Anderson Group is an operationally-oriented private equity firm based in St. Petersburg, Florida. We have a long and successful track record investing our own capital to acquire and grow companies at the lower end of the middle market. 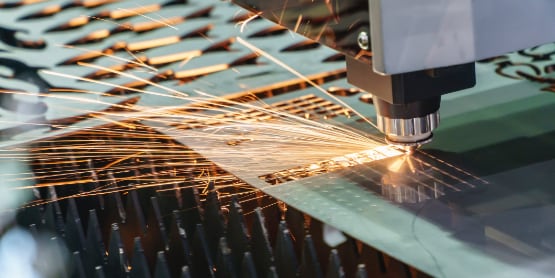 We seek investment opportunities in which our operational expertise and strategic resources will generate significant profitability improvement. We don’t just provide capital; rather, we invest when we are able to partner with management to effect positive business and operational change. This approach allows us to work with smaller, growing companies that need a partner to augment their systems/ team to ensure the sustainability of their success and also focus on situations where value-creation opportunities may not be readily apparent in light of current operating performance. 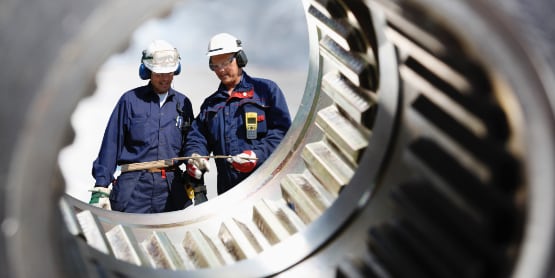 Buying a business’ stock or assets is the easy part. Successful investment execution — the type that drives shareholder returns — demands meaningful partnerships between investors and a company’s management team. Founded and managed by former business owners and operators, The Anderson Group works diligently to ensure our goals are directly aligned with the goals of our partners — the management team. Given the flexible ownership structure outlined below, we are uniquely capable of creating complete alignment. 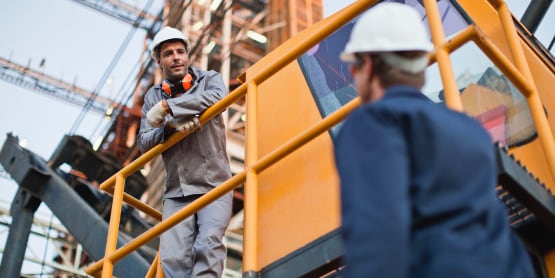 For over thirty years, we have invested our own capital (The Anderson Group partners’ personal wealth) and operational expertise in our portfolio companies. Free from the outside pressures and requirements of institutional investors, our prospective partners enjoy faster transaction processes and greater flexibility in equity ownership/deal structure. The Anderson Group is focused on building long-term value rather than short-term profitability and exit, creating partnerships that allow both The Anderson Group and management to benefit from improved operational and financial performance over time.

Overview of The Anderson Group 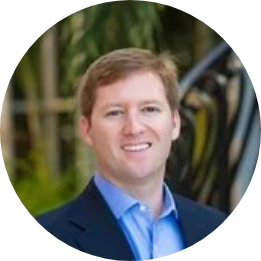 Cory re-joined The Anderson Group in 2006. Previously, Mr. Gaffney worked in private equity at Wynnchurch Capital from 2005 to 2006 and at The Anderson Group from 2002 to 2003. In addition, Mr. Gaffney worked as an Equity Research Associate and as an Investment Banking Analyst with Thomas Weisel Partners and Raymond James Financial. Cory also has previous work experience with Beacon Strategic Resourcing, a provider of Asian manufacturing outsourcing services to United States-based manufacturing and distribution companies.

Cory is a graduate of Yale University (BA) and earned an MBA from Harvard Business School. 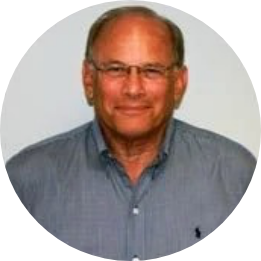 Barry has been active in the management and strategic planning of middle market manufacturing companies his entire business career. In 1985 he and Tom Gaffney co-founded The Anderson Group. Barry has an operating background and has focused on distressed, under-performing and turnaround companies. Prior to founding The Anderson Group, Barry was President and Chief Operating Officer of The Anderson Companies, which manufactured tapered steel lighting poles and was the largest producer of highway guard rails and related safety equipment. Barry has also assumed primary responsibility for the operations of several of Anderson’s current and past portfolio companies.

Barry is a graduate of Babson College (BA). 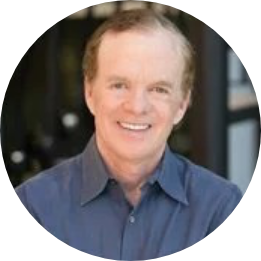 Tom has been in the merger and acquisition business for more than forty years and, in 1985, he co-founded The Anderson Group with Barry Shapiro. Prior to Anderson, Tom founded and served as Chairman of The Oxford Investment Group, Inc., a Bloomfield Hills, MI based private equity investment firm. Tom began his career at Alberto-Culver Company where he was instrumental in the turnaround of the Mastry-Columbia Company, a chemical products subsidiary. Prior to founding Oxford, Tom was Executive Vice President of Guardian Industries Corp., a major international glass manufacturer, where he orchestrated Guardian’s acquisition and strategic growth initiatives. In his twelve years with Guardian, the company’s revenues grew from $100 million to over $700 million. Since leaving Guardian, Tom has successfully invested in and been operationally involved with numerous underperforming and turnaround situations. In addition to his involvement with The Anderson Group and its portfolio companies, Tom has served as a director of Amerus Group, Inc. (AMH), a large, NYSE listed life insurance and annuity company, for over 24 years.

Tom is a graduate of Brown University and earned an MBA from the University of Chicago Graduate School of Business. 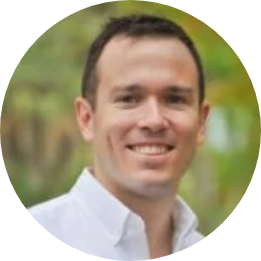 Justin joined The Anderson Group in 2007. Prior to joining Anderson, Justin worked in banking at Comerica Bank from 2005 to 2007 and National City Corporation (now PNC Bank) from 2003 to 2005. His banking experiences ranged from privately held middle market transactions to publicly traded corporations and direct investment in foreign entities, and included extensive workout and turnaround activities. Prior to that, Justin gained experience working at a wholesale distribution company that specializes in branded alcoholic and non-alcoholic beverages.

Justin is a graduate of Western Michigan University (BBA) and earned an MBA from Michigan State University. 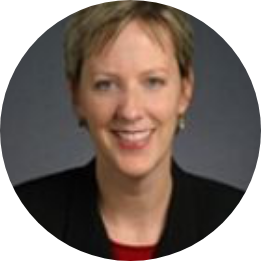 Bernadette joined The Anderson Group in 2018 as General Counsel. Prior to joining the company, Bernadette was a partner at Dickinson Wright PLLC, a Detroit, Michigan based law firm. She has extensive experience in mergers and acquisitions and corporate finance, and represented The Anderson Group and its portfolio companies for several years prior to joining the company. Bernadette also served for four years as Senior Vice President and Finance Counsel of the Boston Market restaurant chain. She is resident in the company’s Michigan office.

Bernadette is a graduate of the University of Michigan (BBA), and earned her law degree from Wayne State University (Order of the Coif). 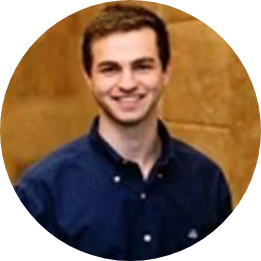 David joined The Anderson Group in 2018. Prior to joining Anderson, David worked in a Strategy and Corporate Development role at a public information technology company. While in this role he focused on shaping the long-term goals of the company and execution of lower middle market acquisitions. He now assists with identifying, evaluating and executing investment opportunities as well as providing ongoing support to the firm’s portfolio companies. 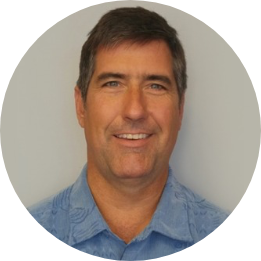 Prior to joining The Anderson Group in 2014, Joe built a successful Florida based multimillion dollar, multinational professional accounting and technology corporation from inception. Prior to his corporation’s sale, Joe was a Certified Public Accountant licensed in nearly 20 states. To expand into cross border and international business, Mr. Maddox sat for and passed the Canadian Chartered Accountant exam in addition to the US Certified Public Accountant exam. He currently has public accountancy practice privileges throughout the entire British Commonwealth of countries, e.g. the United Kingdom, Canada, Australia, New Zealand, South Africa and India as well as a host of additional countries. He is a member of the Canadian Institute of Chartered Accountants and Chartered Professional Accountants of Ontario. He has extensive experience in international and cross border commerce.

Joe received his Bachelor of Arts degree in Economics as well as his Master of Accounting from the University of Florida. 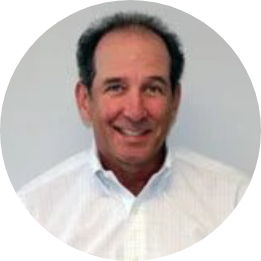 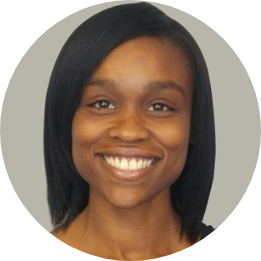 Robin joined The Anderson Group in January 2016. Prior to joining Anderson, Robin worked in Commercial Lending at The Northern Trust Company from 2007 to 2016. While at Northern Trust she focused on business-related borrowing. Robin is also a Florida Notary Public. She is responsible for the day-to-day operations of the company. 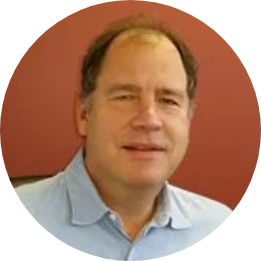 Prior to joining Anderson in 2015, Scott was with Raymond James Capital, the merchant bank (private equity) subsidiary of Raymond James Financial, Inc. Scott joined Raymond James Capital in 1997 shortly after inception of the subsidiary and remained with the firm until December of 2014 at which time he was a Managing Director. Prior to 1997, Scott spent seven years as an independent consultant focused on the development and implementation of value creation strategies for operating companies, investment firms and venture capital organizations.

Scott earned both an undergraduate degree and MBA from the University of Missouri. 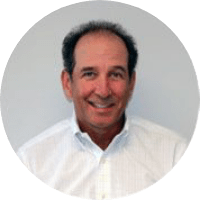 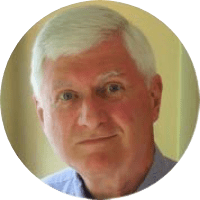 Harvey began his logistics career in 1964, rising from middle to senior management positions with nationwide responsibilities for XEROX, Polaroid, and AM Bruning Corporations. Following that, he began his third party logistics career as CEO of businesses in Chicago and Detroit. Ten years later, he purchased the assets of Allpoints Warehousing Co., which operated mixed-use facilities – freezer, cooler, and dry warehousing, nationwide. During the next 15 years, he added several locations and grew the business to more than 1.8 million square ft., with increasingly profitable operations until it was purchased by a national transportation company. During this time he co-founded and financed Allpoints Equipment Co. to purchase, fabricate, install and market steel pallet racks, mezzanines, and other warehousing equipment. The company grew into one of the largest pallet rack businesses in the southeast. He sold his interest in 2004. Since then, Harvey has invested in several business ventures but continues his interest in acquiring and growing refrigerated warehousing businesses.